The coronavirus pandemic has prevented our church from meeting for worship and also severely limited the regular sessions tending the flowers and plants in St Mary’s Churchyard. May 2020 was the time planned for the Chelsea Flower Show but this has been cancelled and instead there a virtual show has been substituted. Taking our lead from Chelsea, church members were invite to submit photos of their own gardens or scenes of nature whilst out for their permitted daily exercise to create our own virtual garden. The following are a selection of the images submitted.

And the Lord God made a garden in the east, in Eden; and there he put the man whom he had made. And out of the earth the Lord made every tree to come, delighting the eye and good for food. And the Lord God took the man and put him in the garden of Eden to do work in it and take care of it.

The first three are from Anne Smith: 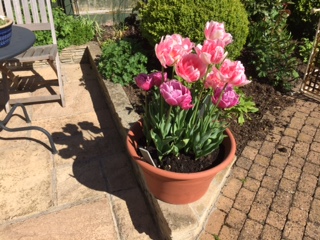 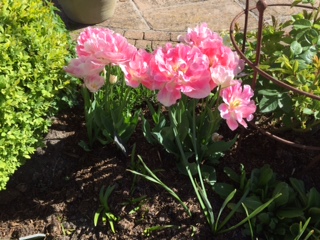 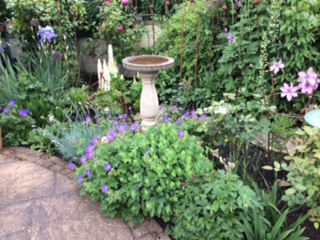 Franklin Bishop contributed these three including the second one which is a view of the fields at Aunty Ellen’s house: 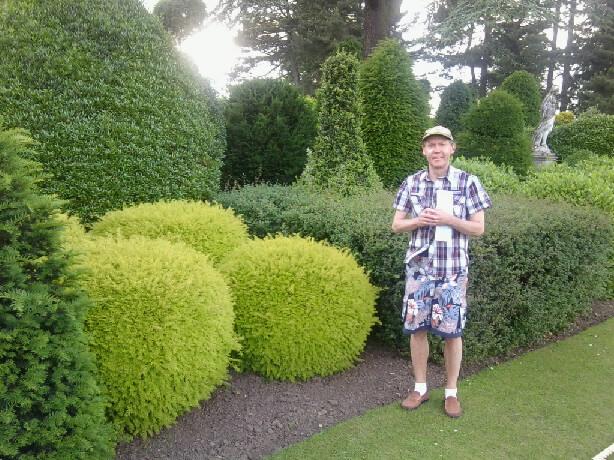 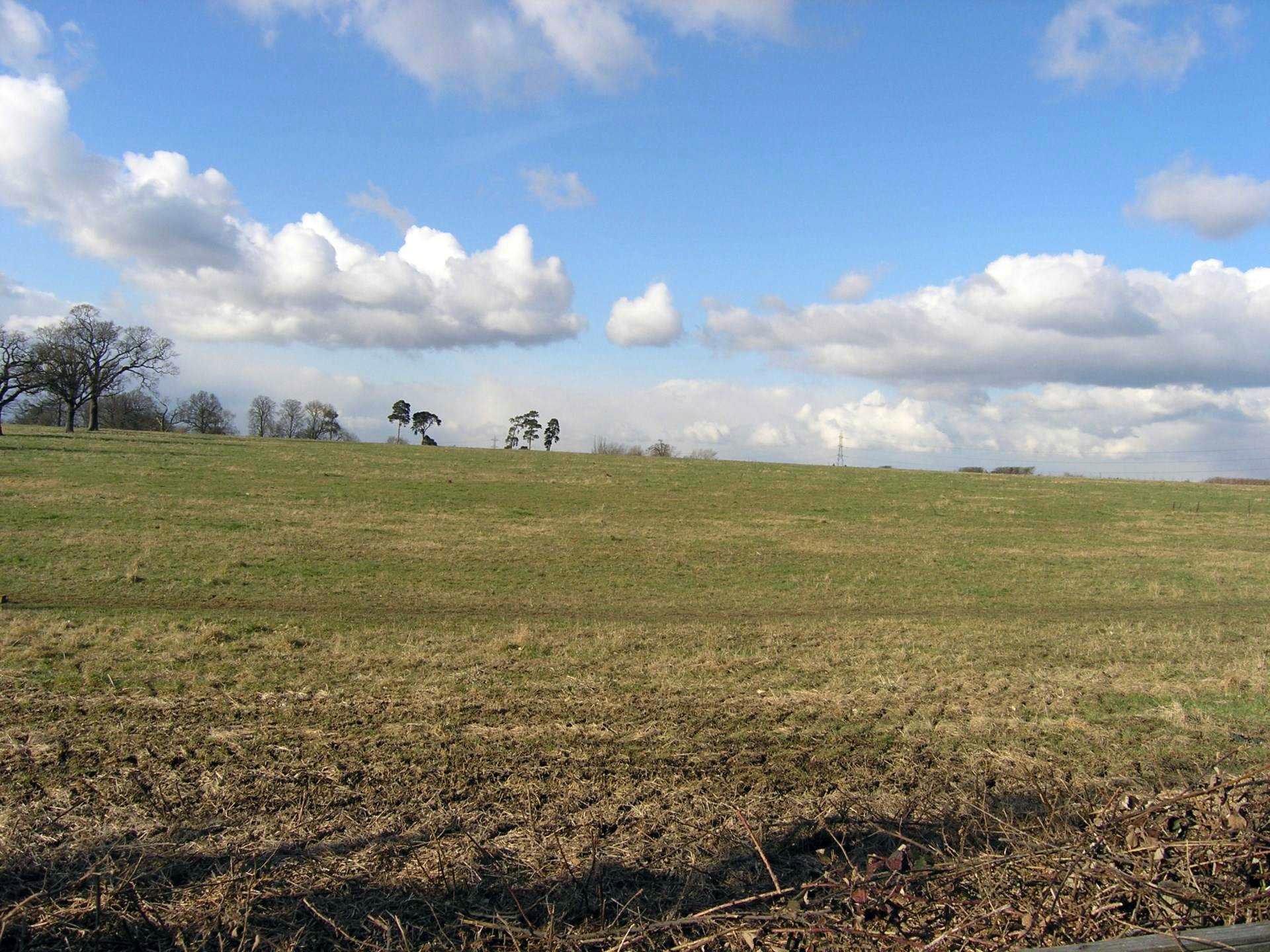 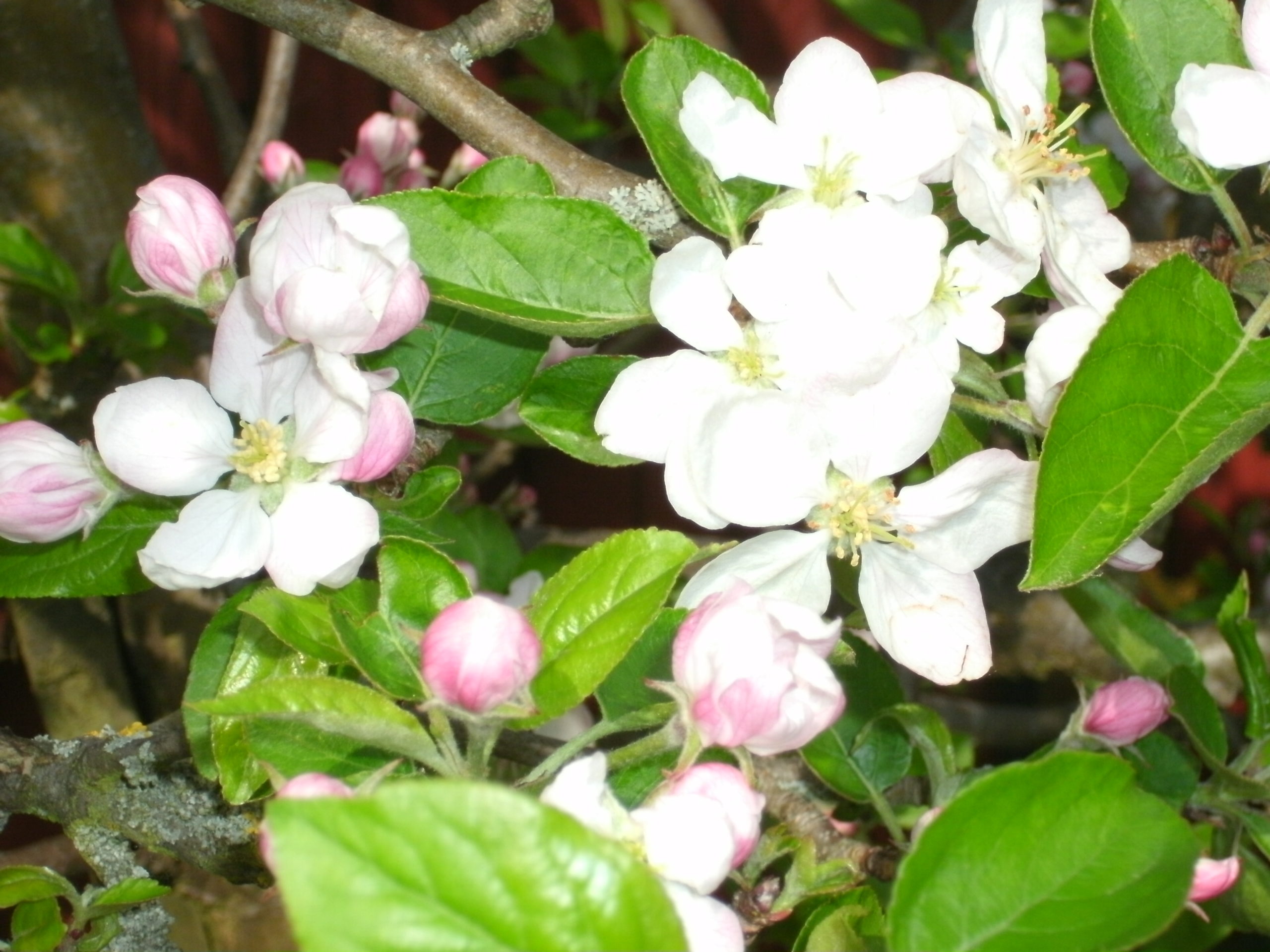 Andrea Swarbrick provided this view of her garden: 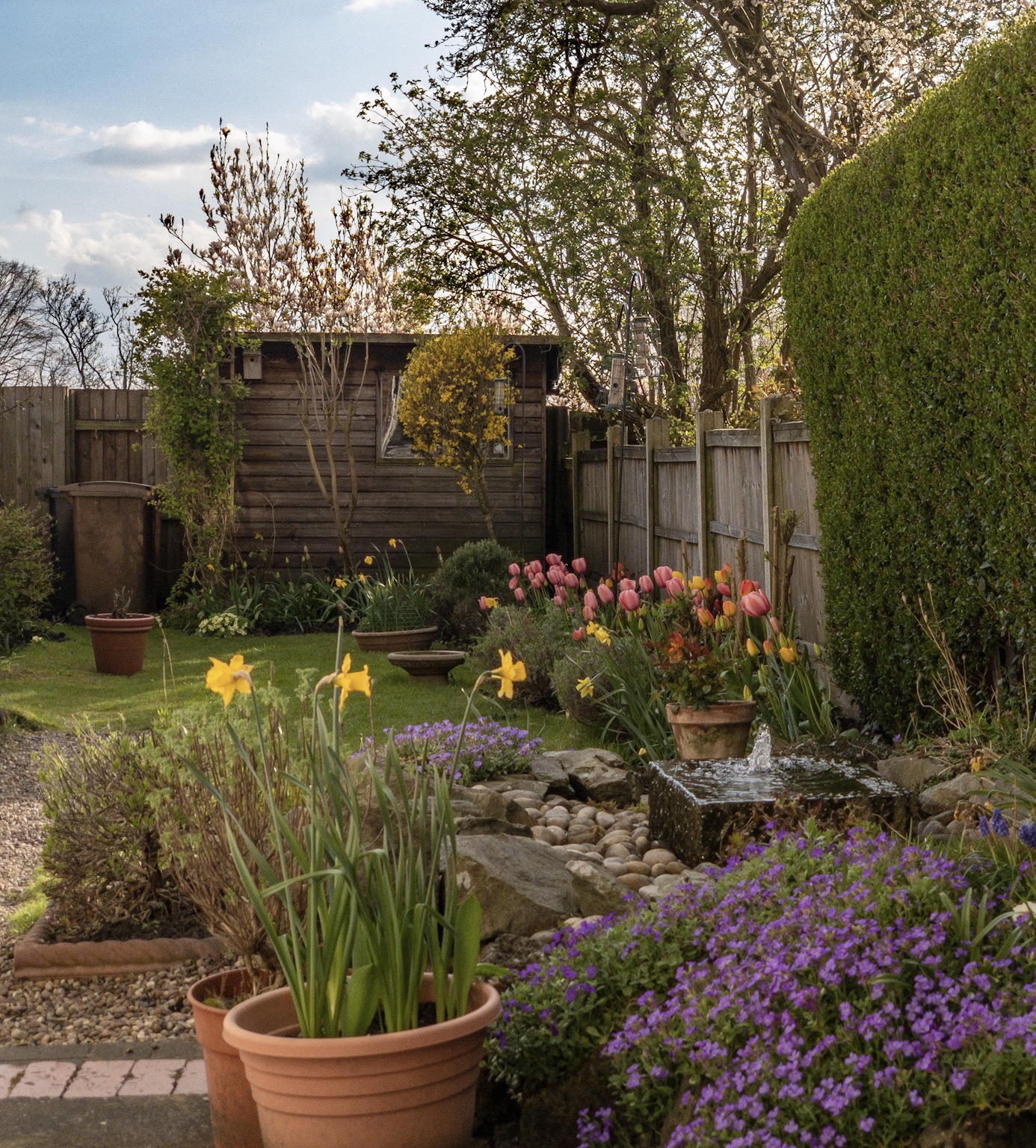 Joyce Rich sent three pictures from her garden writing “Spring has encouraged  things to grow, and although it is far from perfect I have some colour. Here is the skimmia in full bloom and smelling so sweet at night,  the spiraea ‘Bridal Wreath’ flowering in spite of drastic cutting back, and the green young leaves of the acer.  This last one started as a shrub in a large  pot, but now is a tree in the garden.” 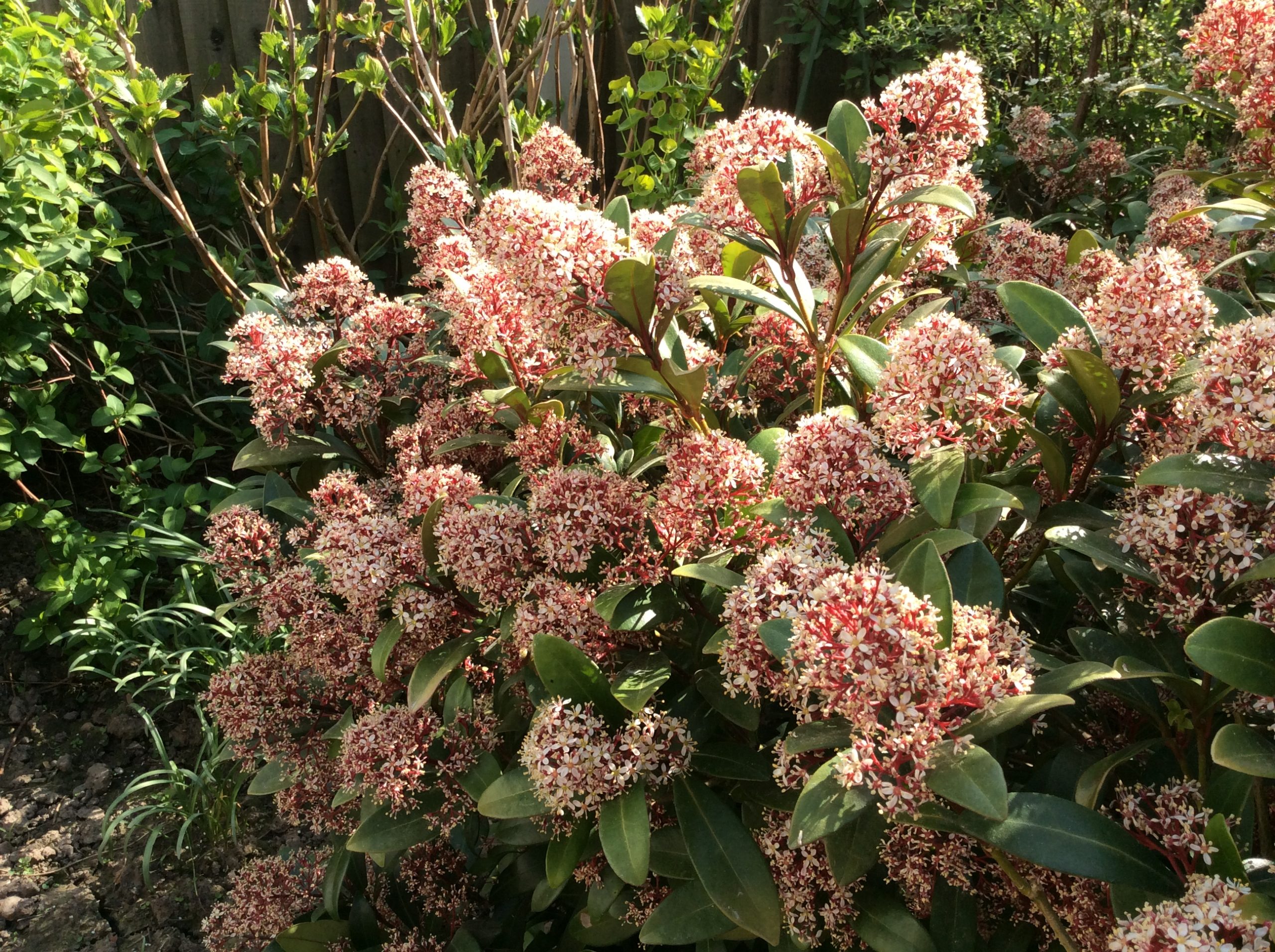 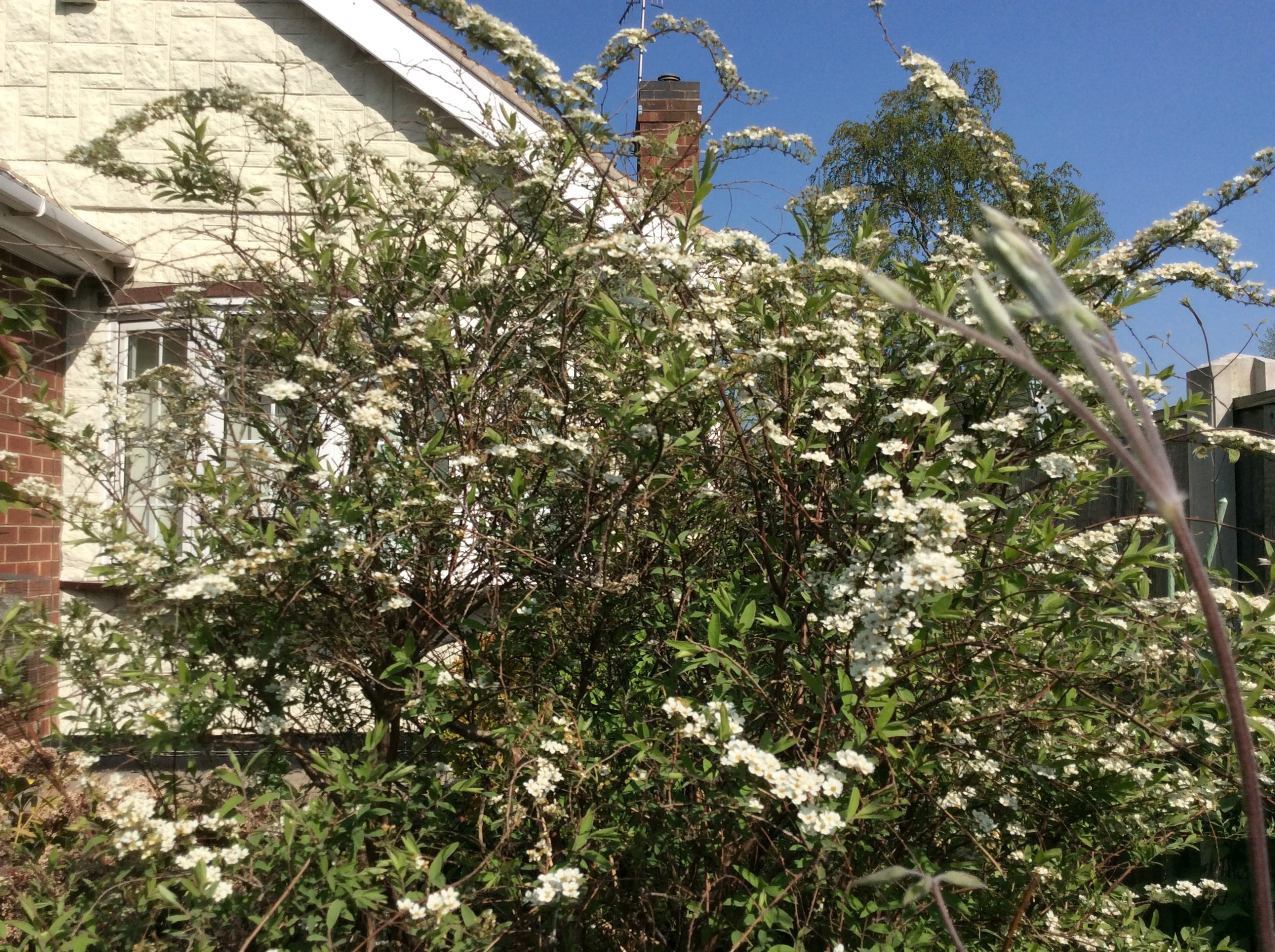 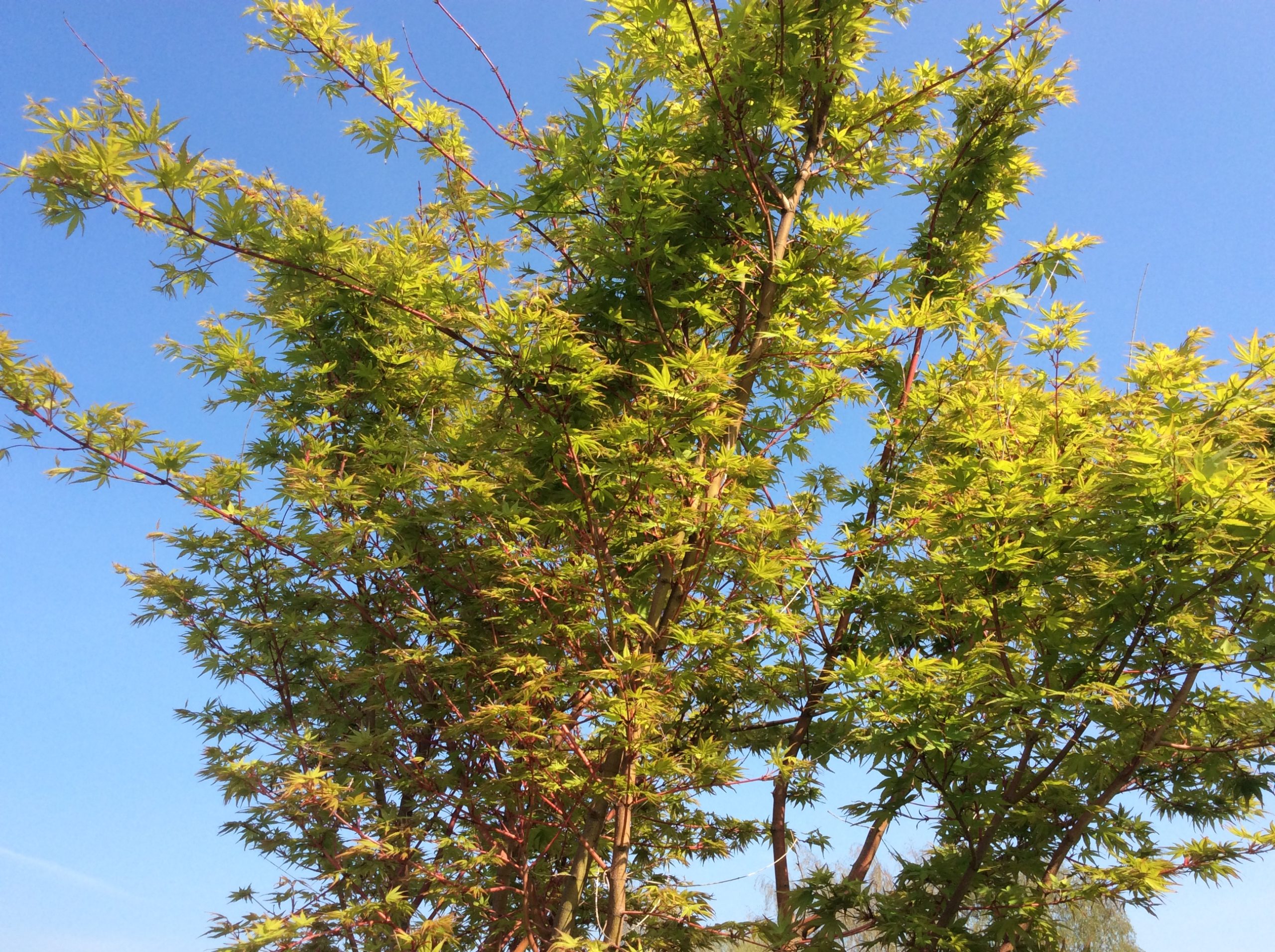 Franklin and Helena Bishop also provided a couple of photos of “glorious blossoms on tree and bushes that are now in full bloom. 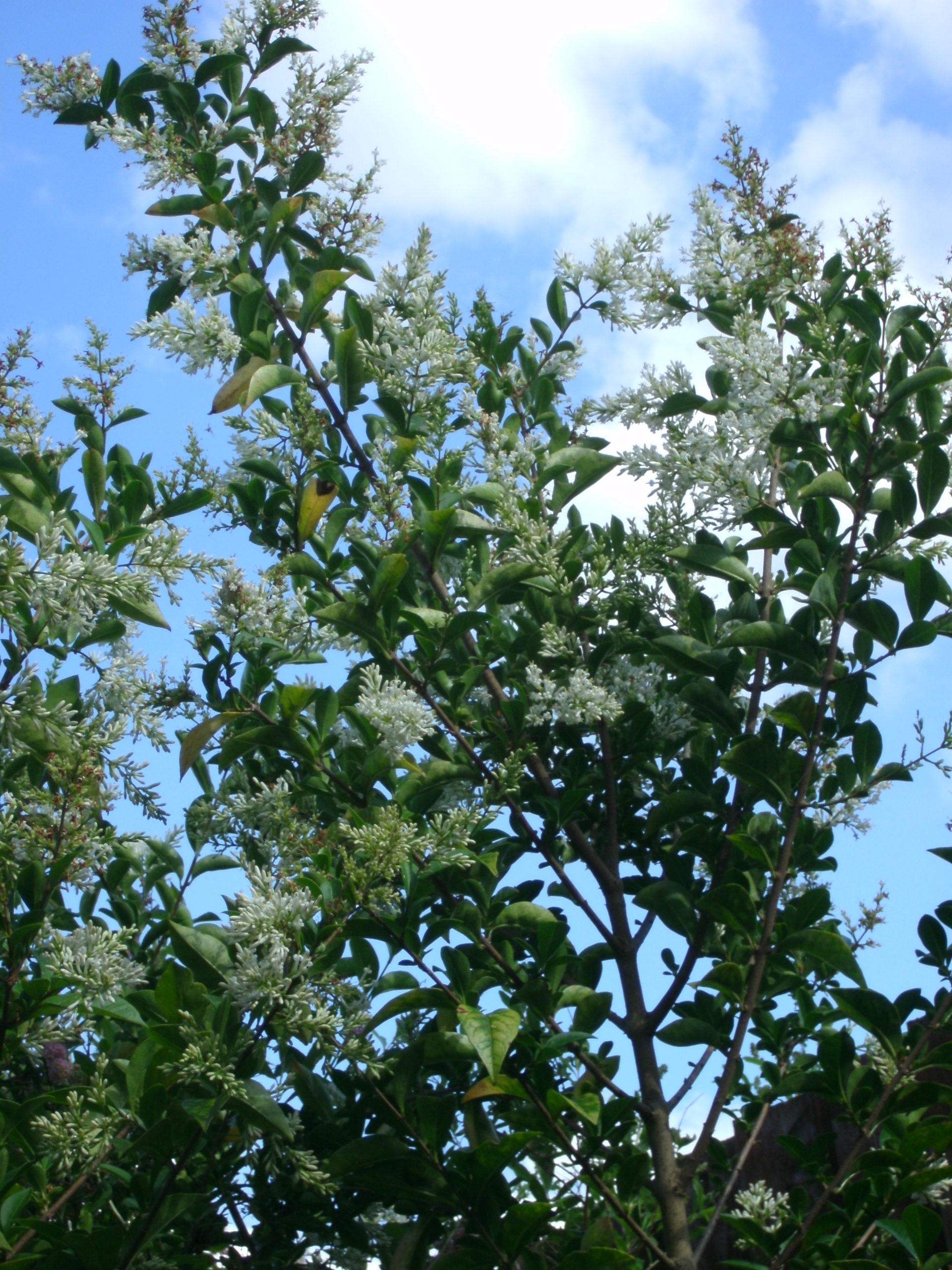 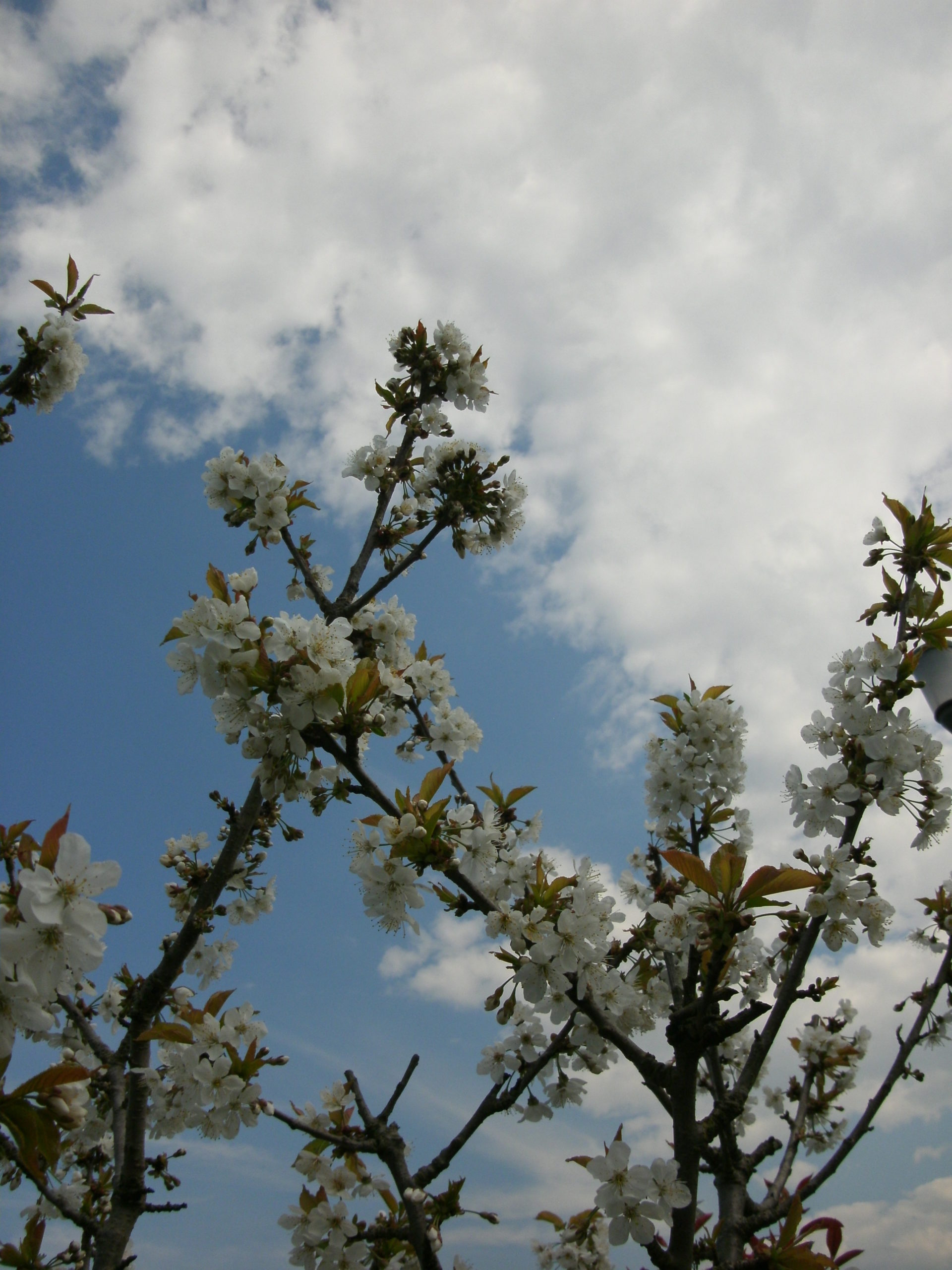 Spring flowers abound in Garth and Sandra Newton’s garden – and are doing their best to keep the weeds at bay! 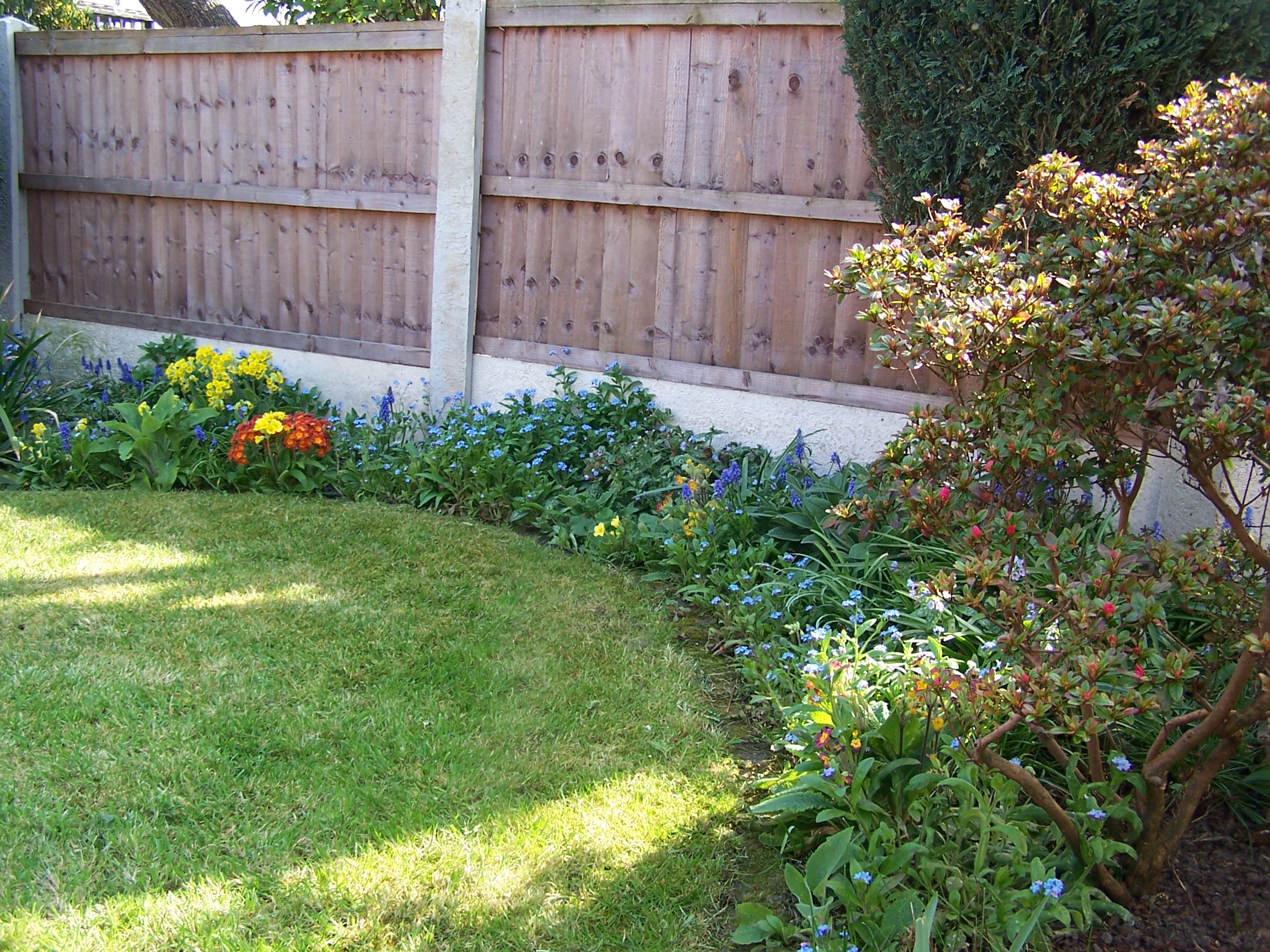 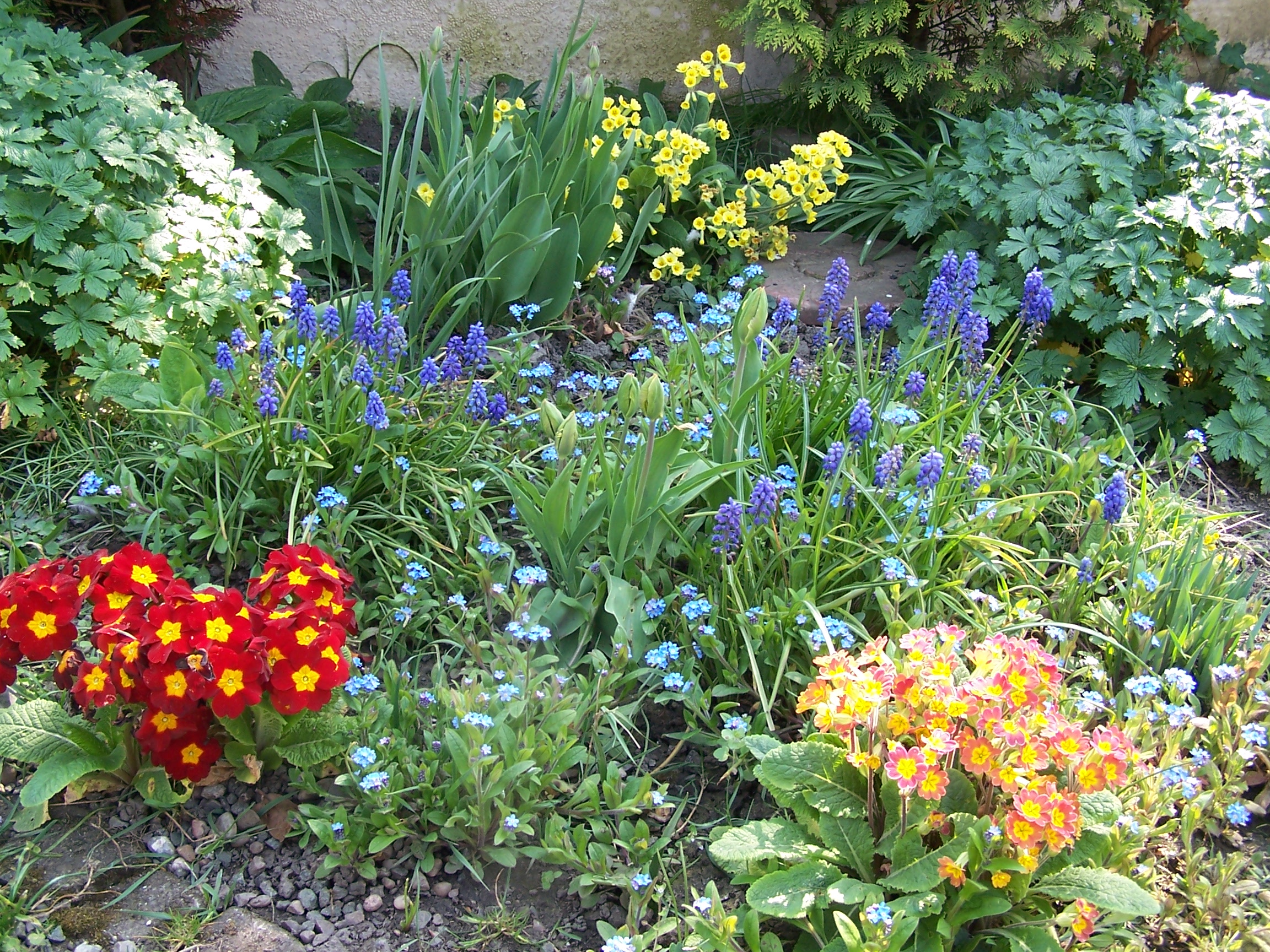 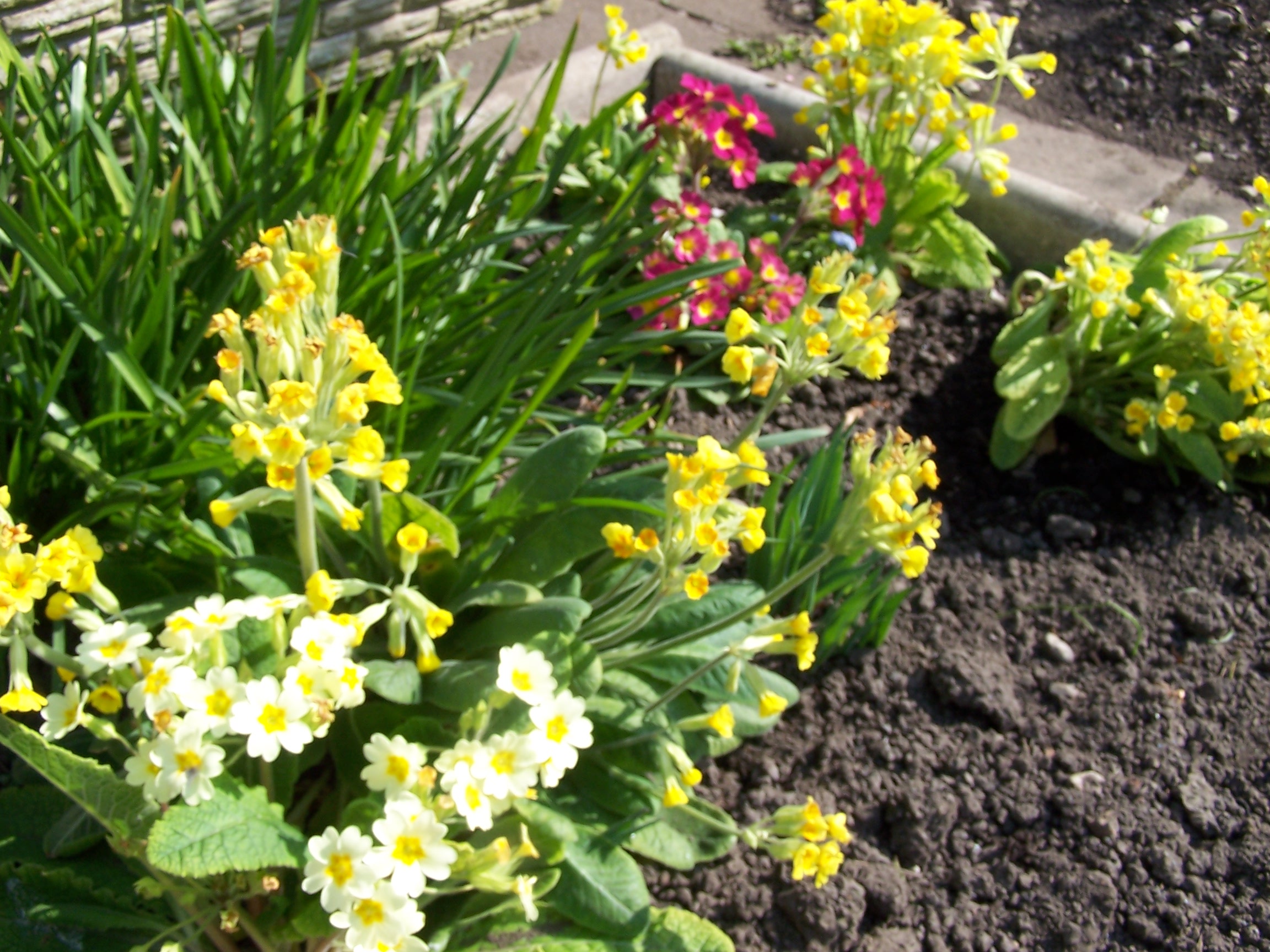 Doreen Beighton’s garden is looking good in the sunshine and has the added bonus of the surrounding countryside: 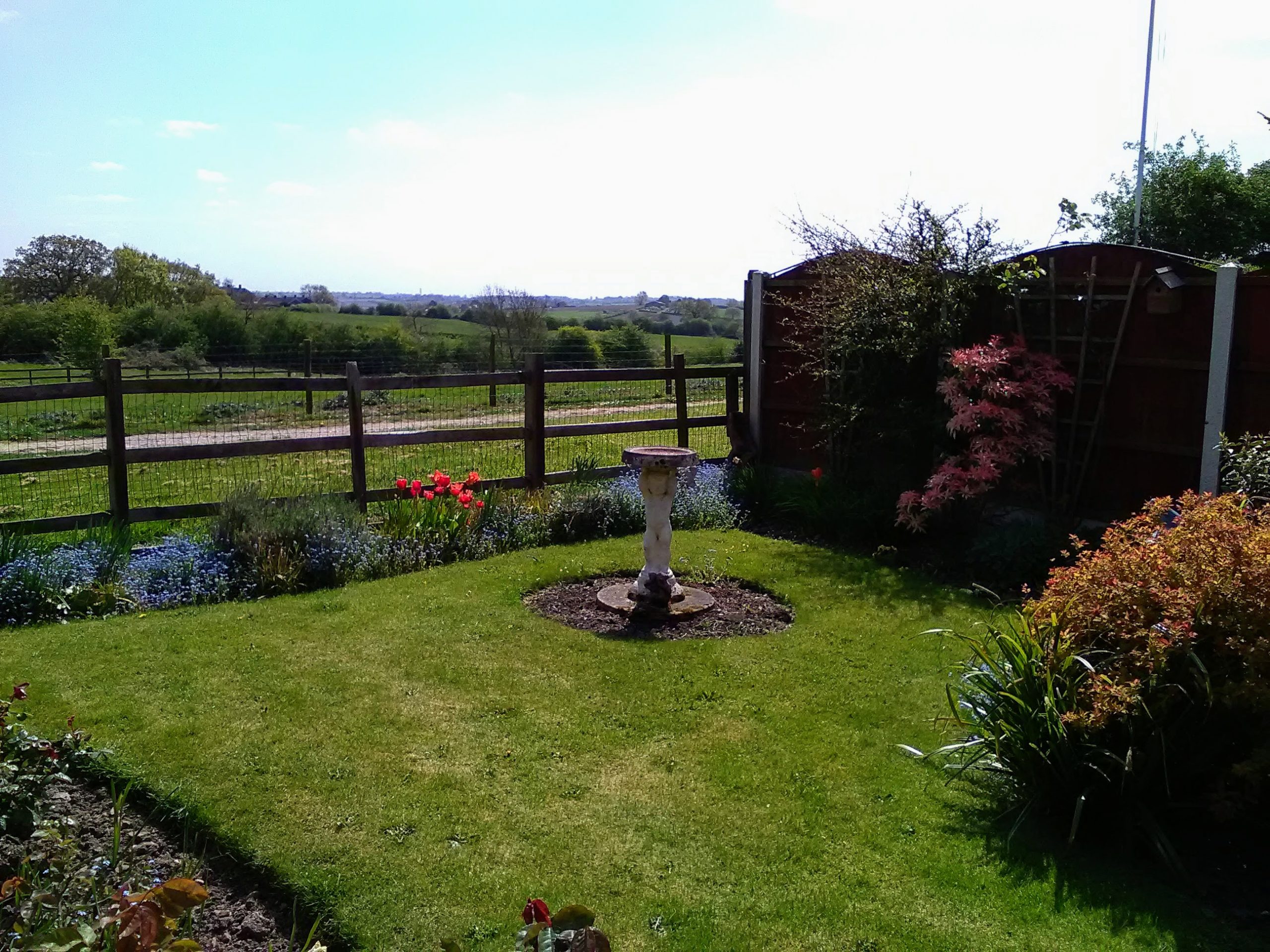 And this one also from Doreen is of the bluebells in Morley Hayes Wood which is only about a minute from her home. 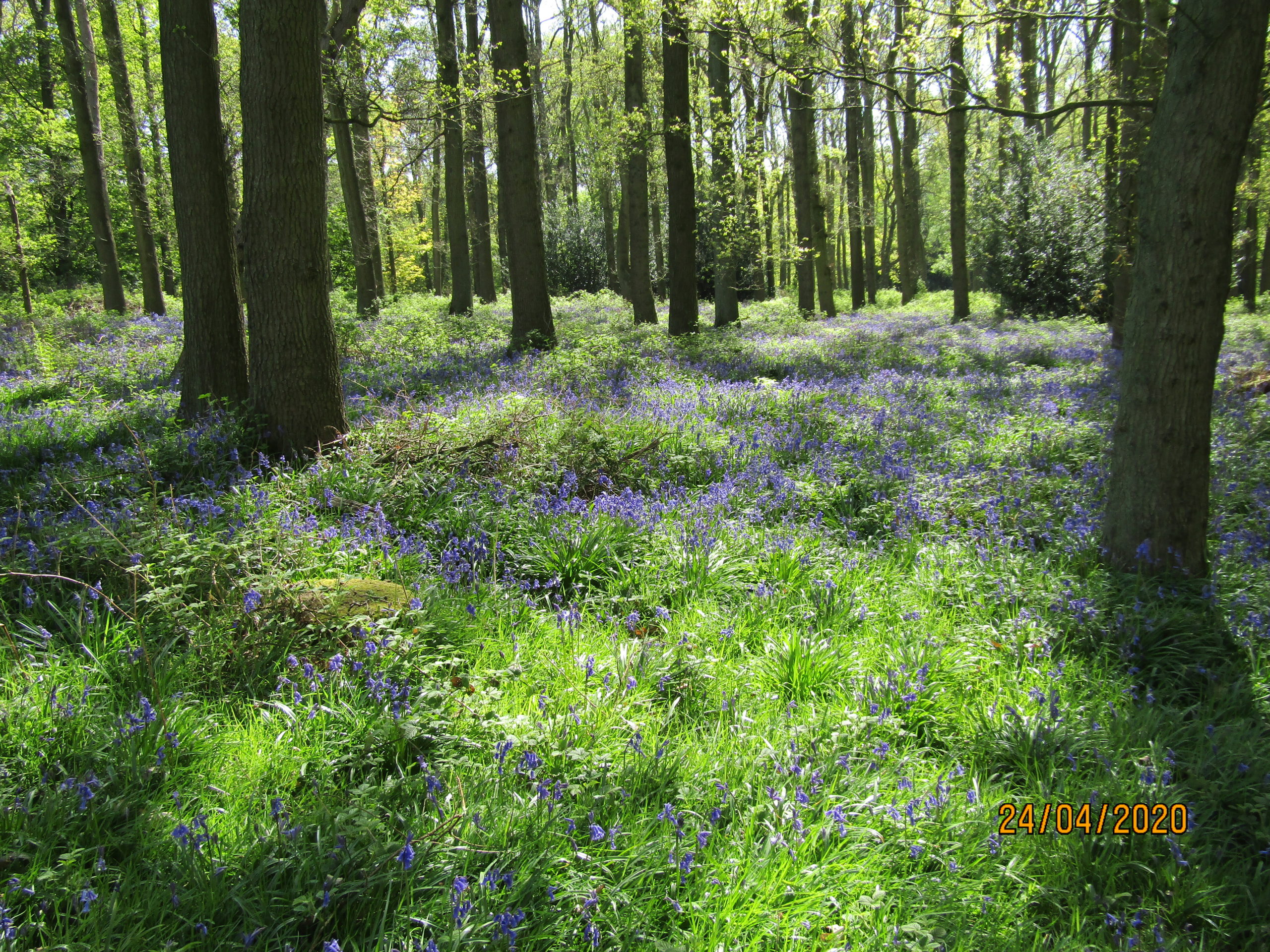 Revd. Carole and Roger Lloyd shared these photos of helebores, acer, heather, bluebells and aquilegia from their garden. 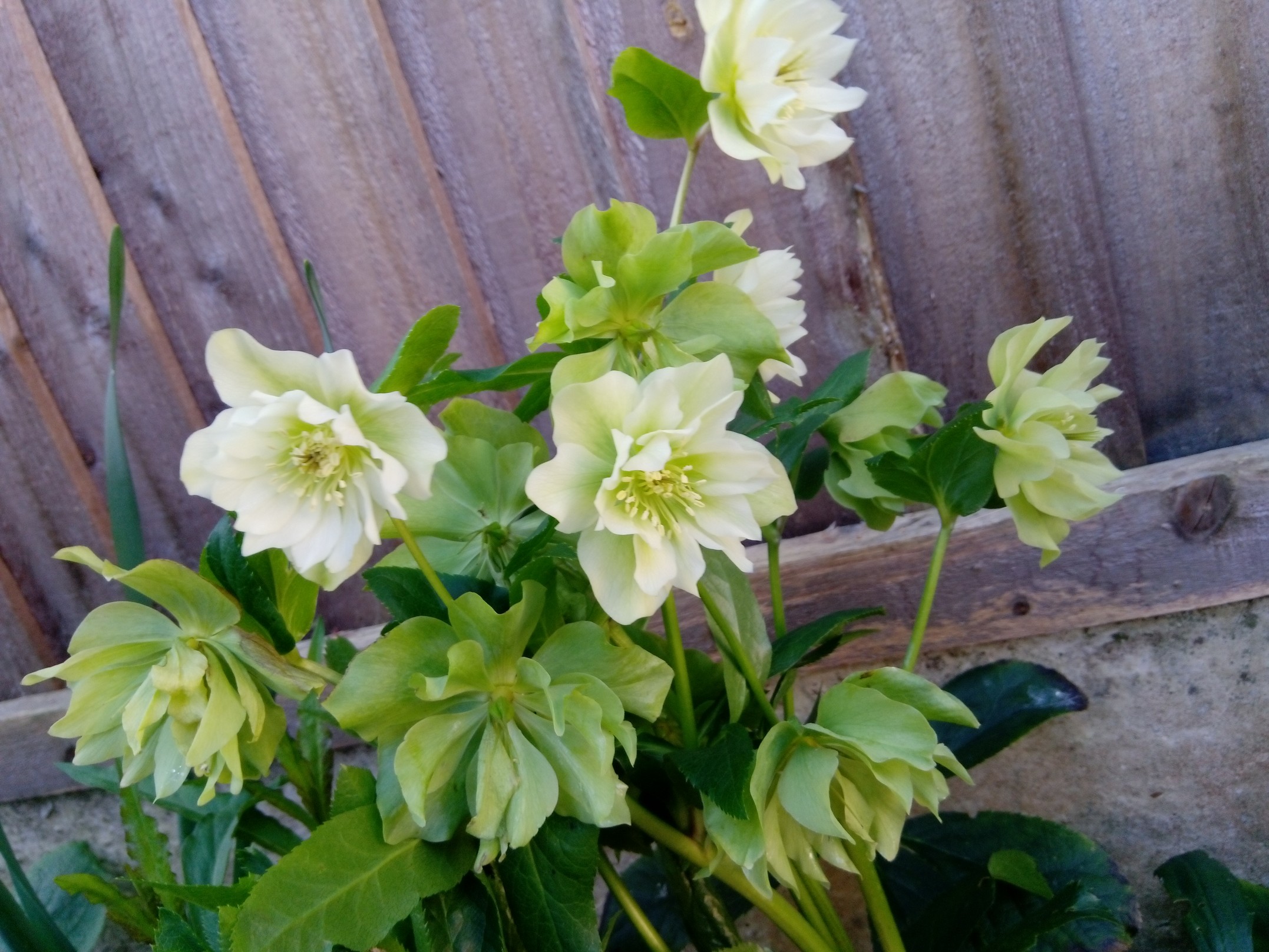 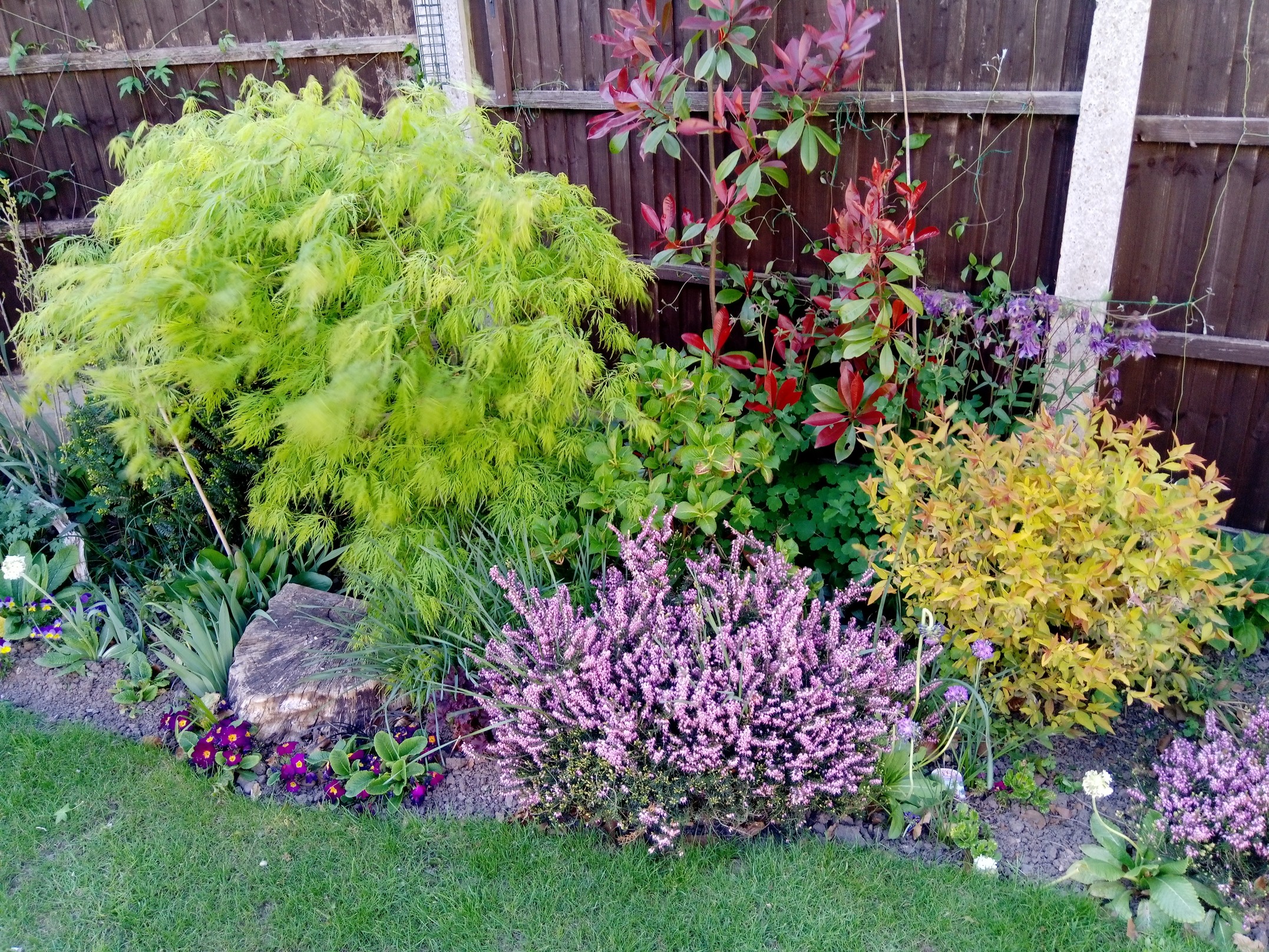 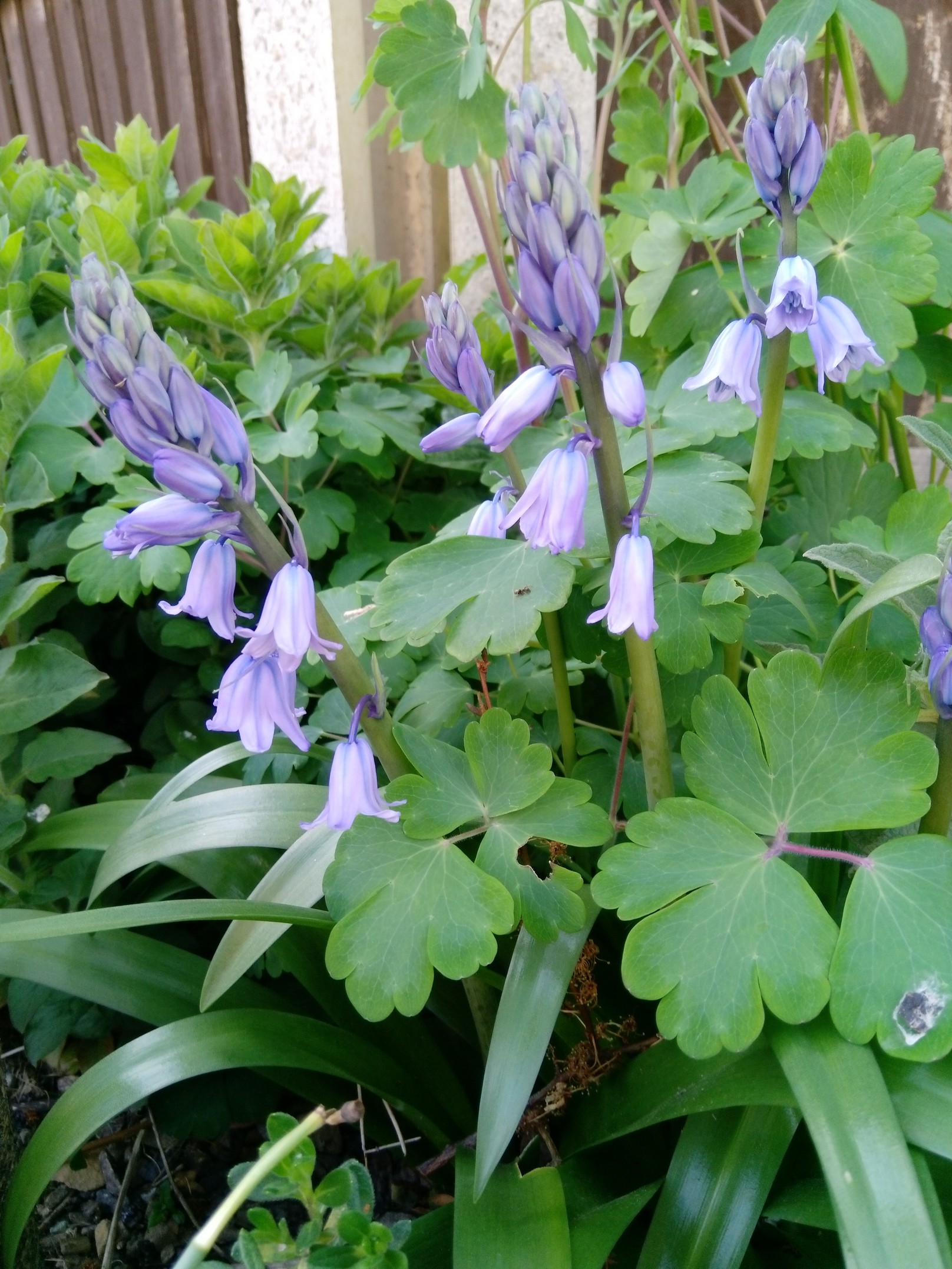 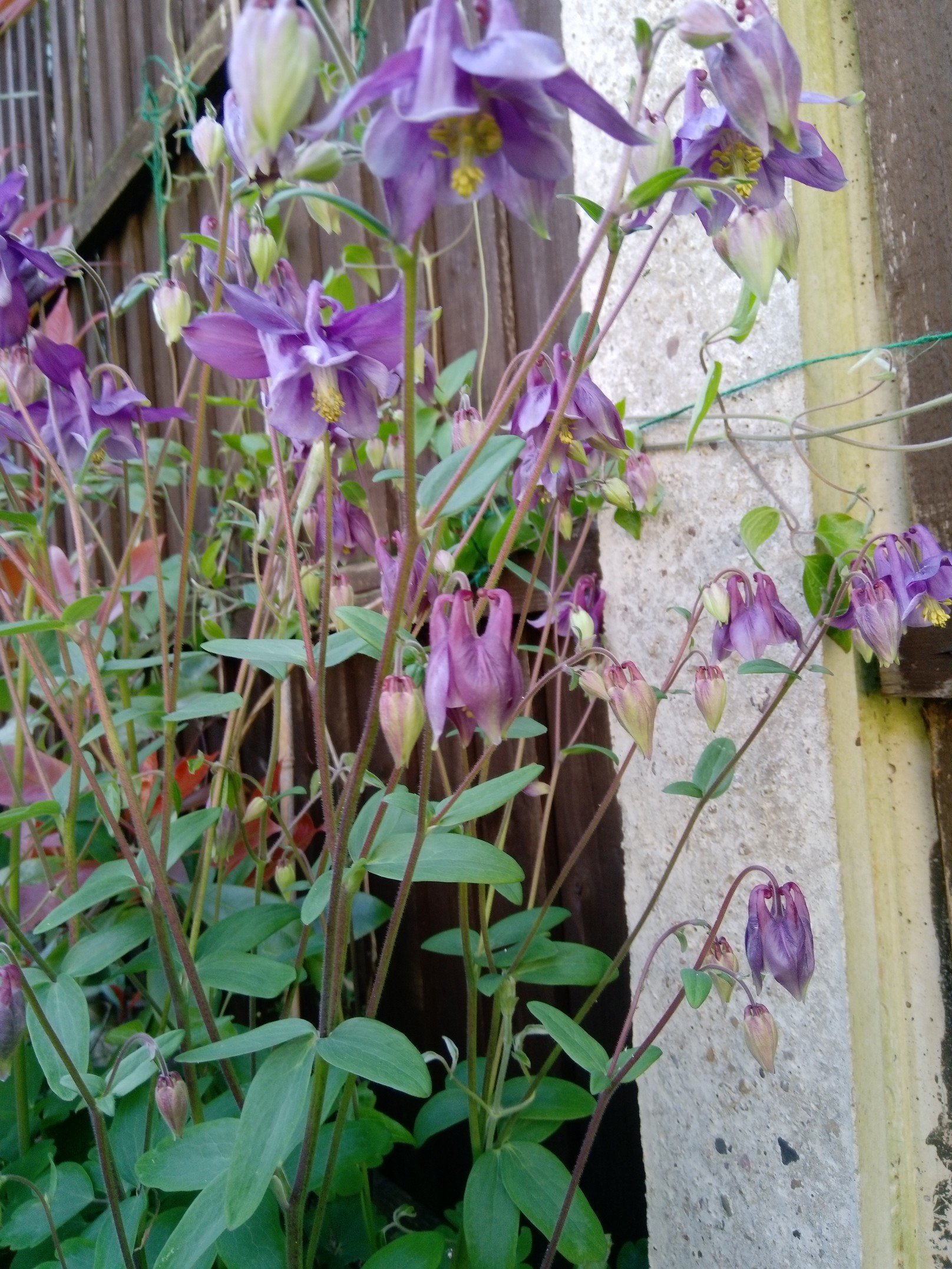 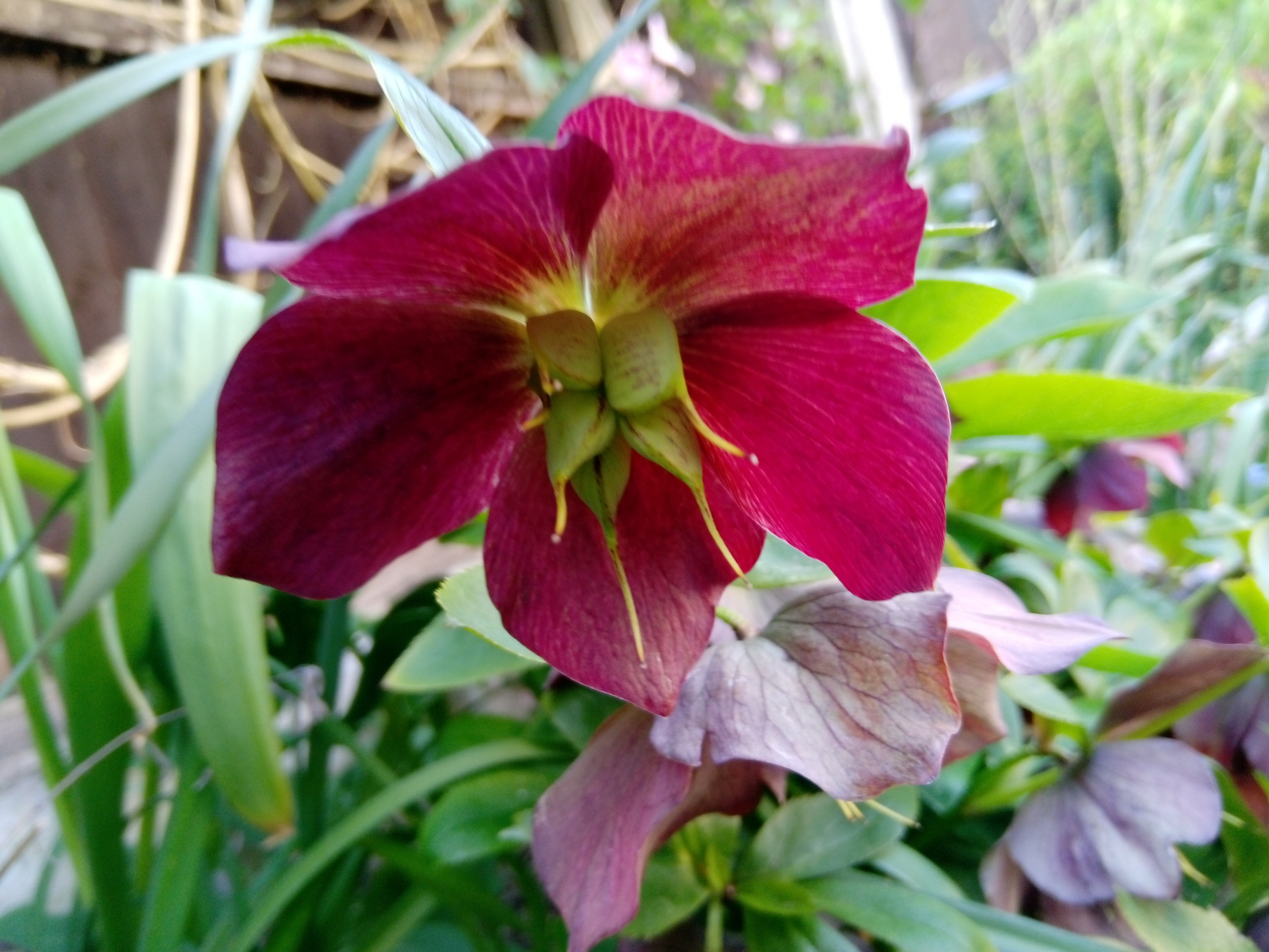 Lindy Greenhalgh contributed the next photo which shows shamrock that is growing in Rita Cooper’s garden. 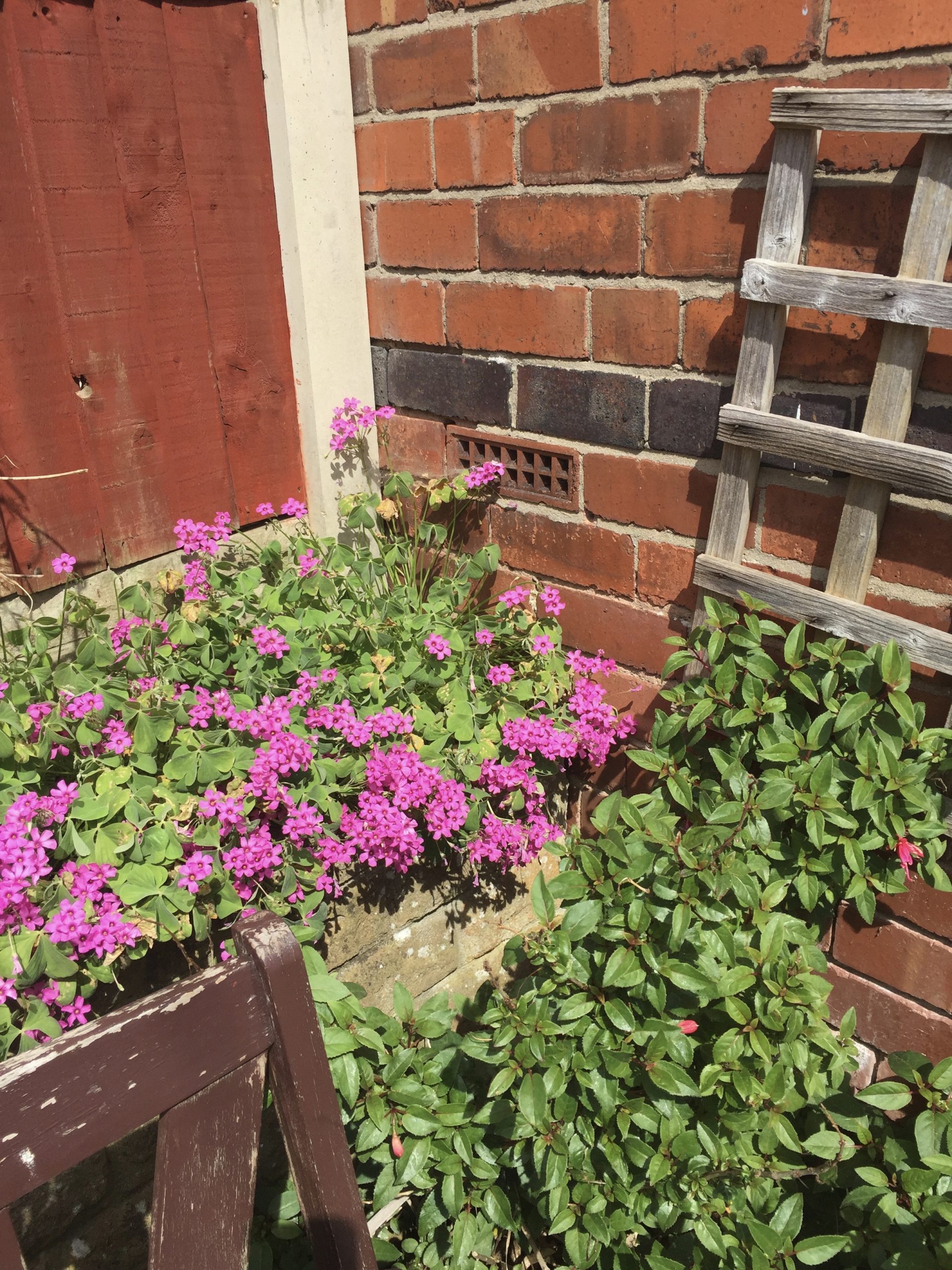 And these two are from Lindy’s own display of pot plants on her patio. 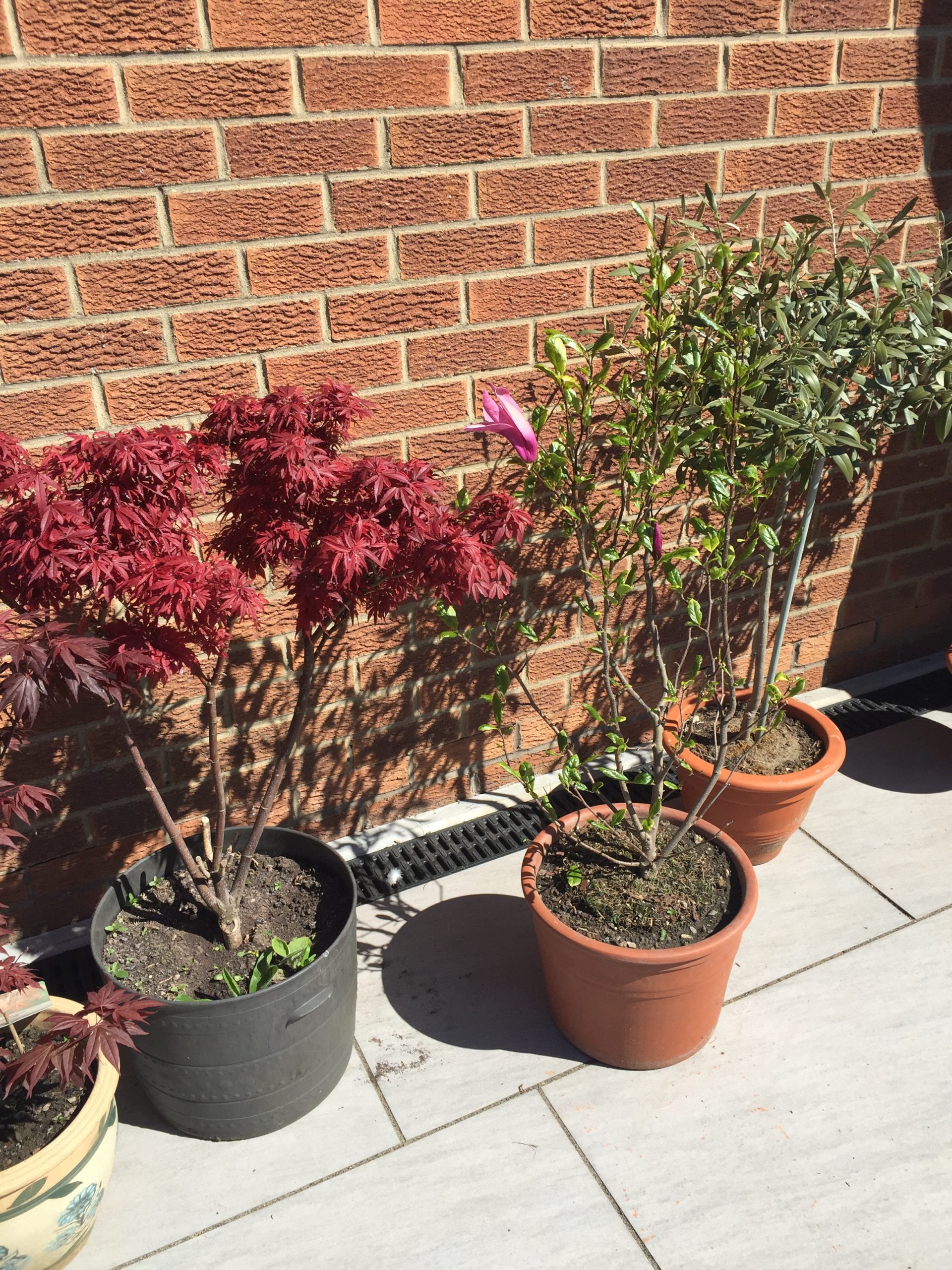 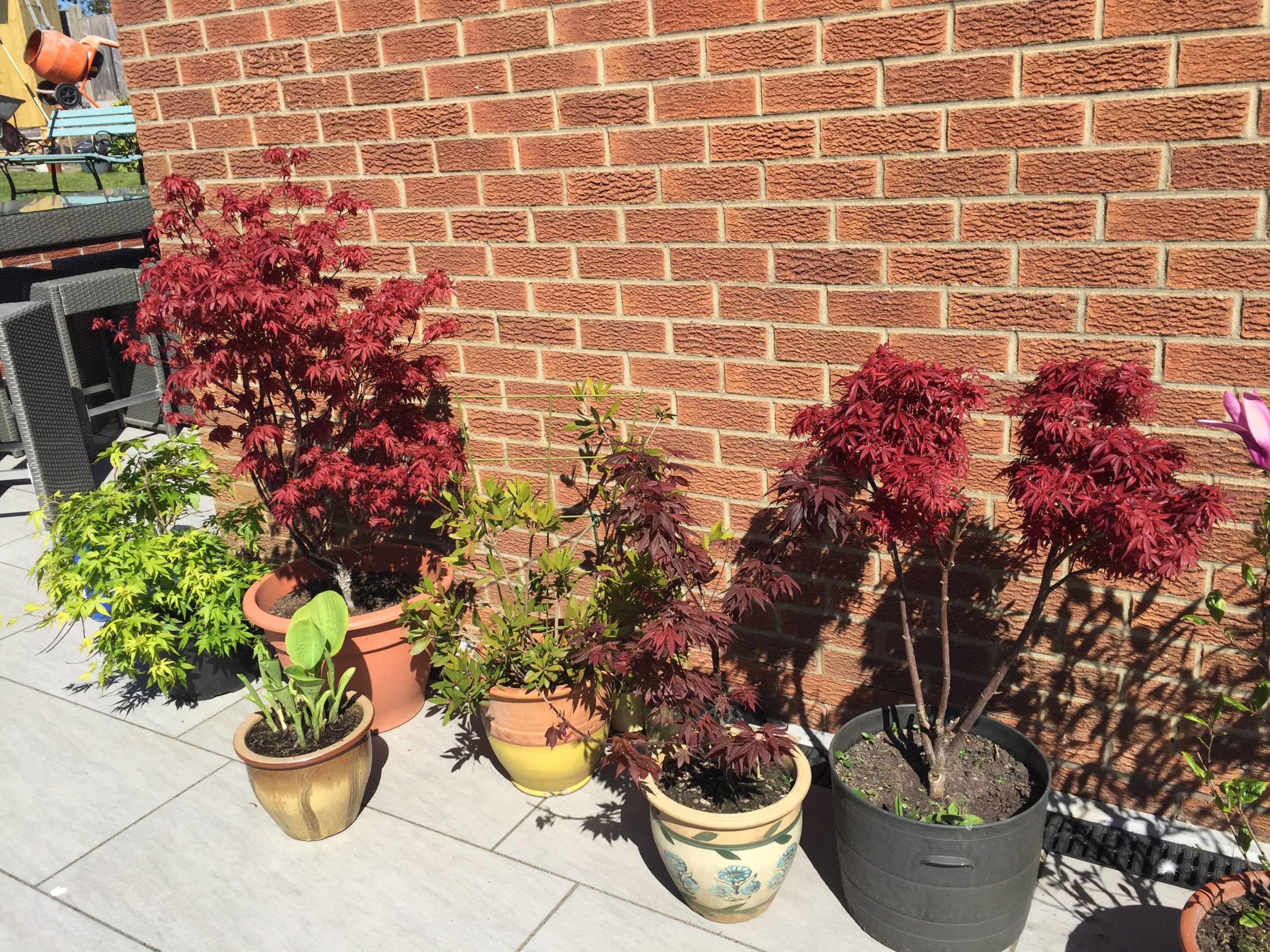 The next one is in Carol Tilley’s garden (Lindy’s sister) and shows the beautiful wisteria growing there. 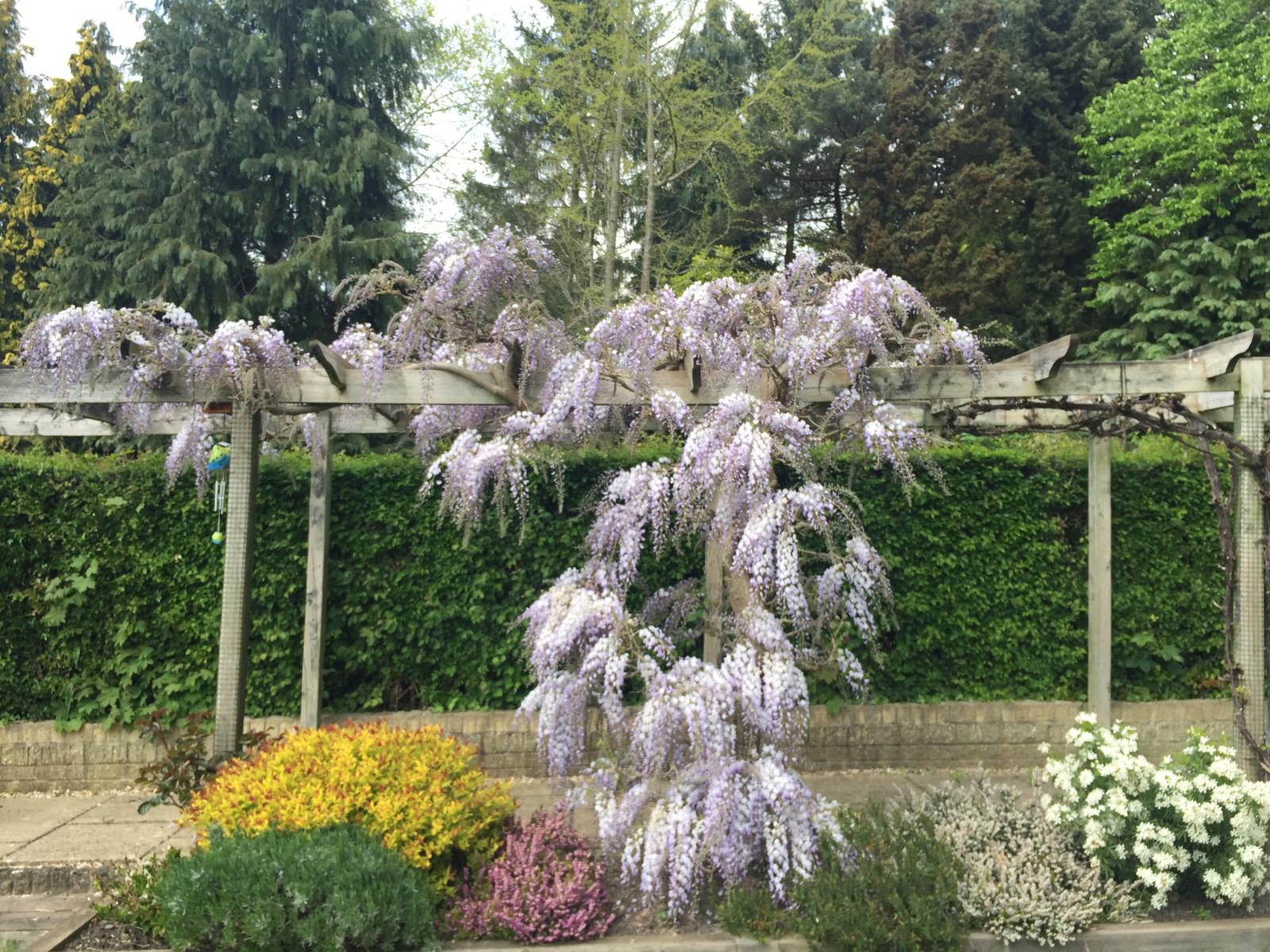 Patricia McHale sent this one of her garden taken on her mobile phone. 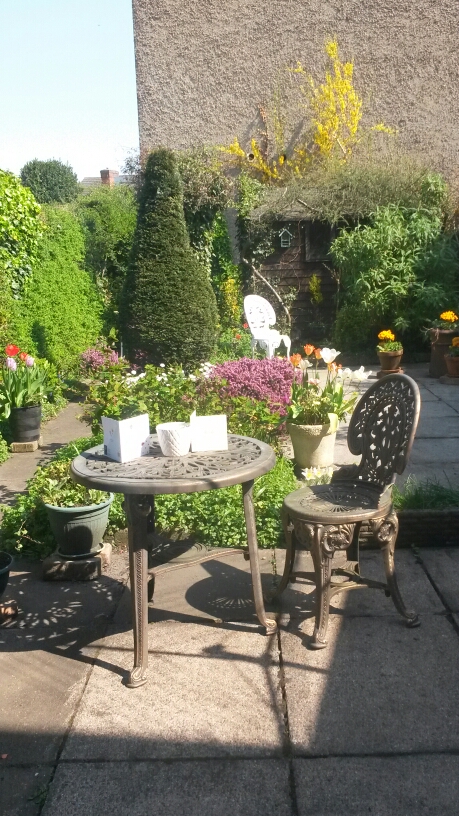 It’s May 11th and Joyce Rich writes ” It is summer, roses are coming out!  Zephirine Drouhin (the thornless rose, it really has no thorns) will now go right through until late autumn.” And here’s her photo of the rose. 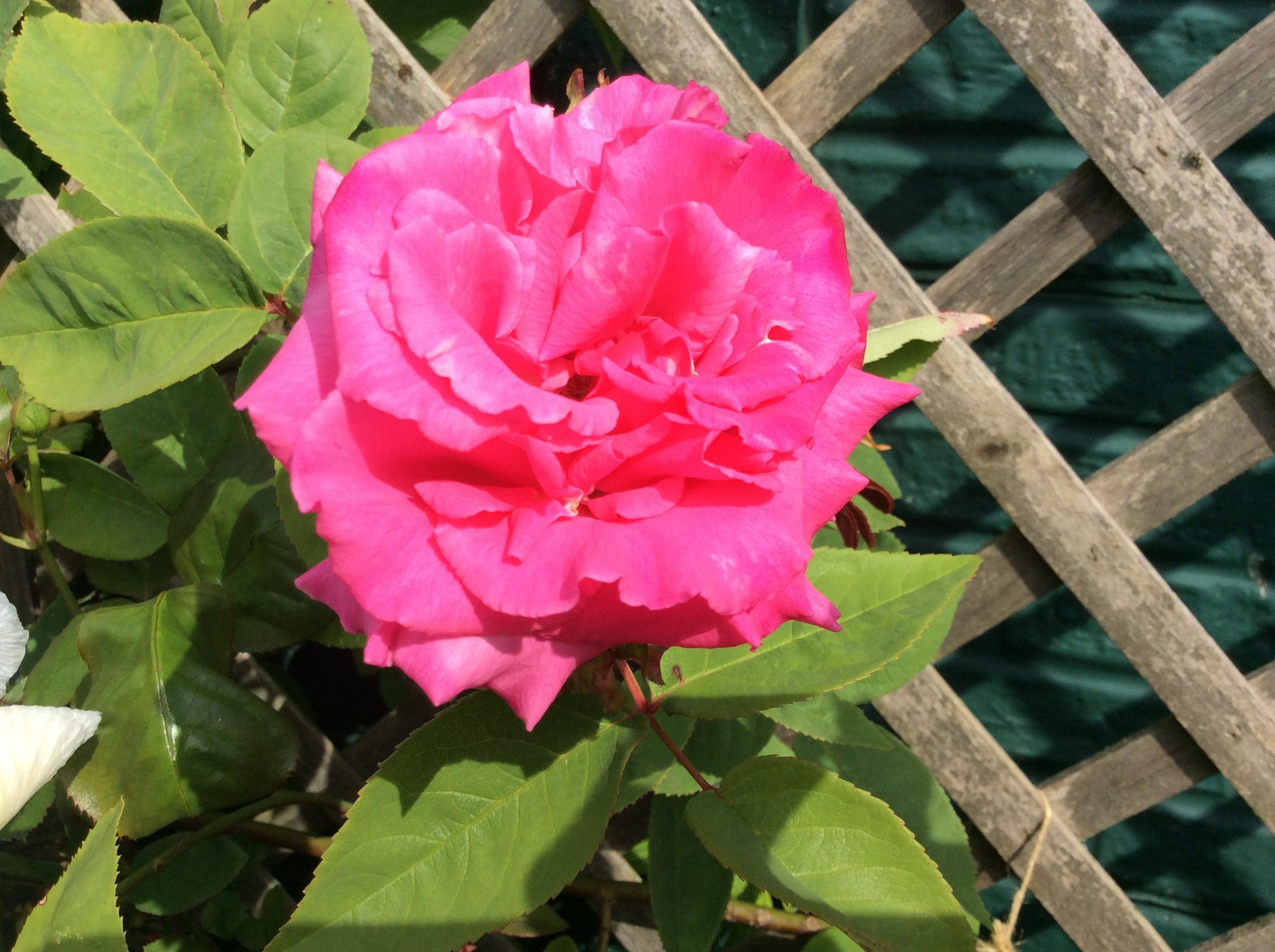 Meanwhile Sandra Newton is delighted with this azalea which is in flower having nearly lost it two years ago when it looked as though it was diseased and dying. 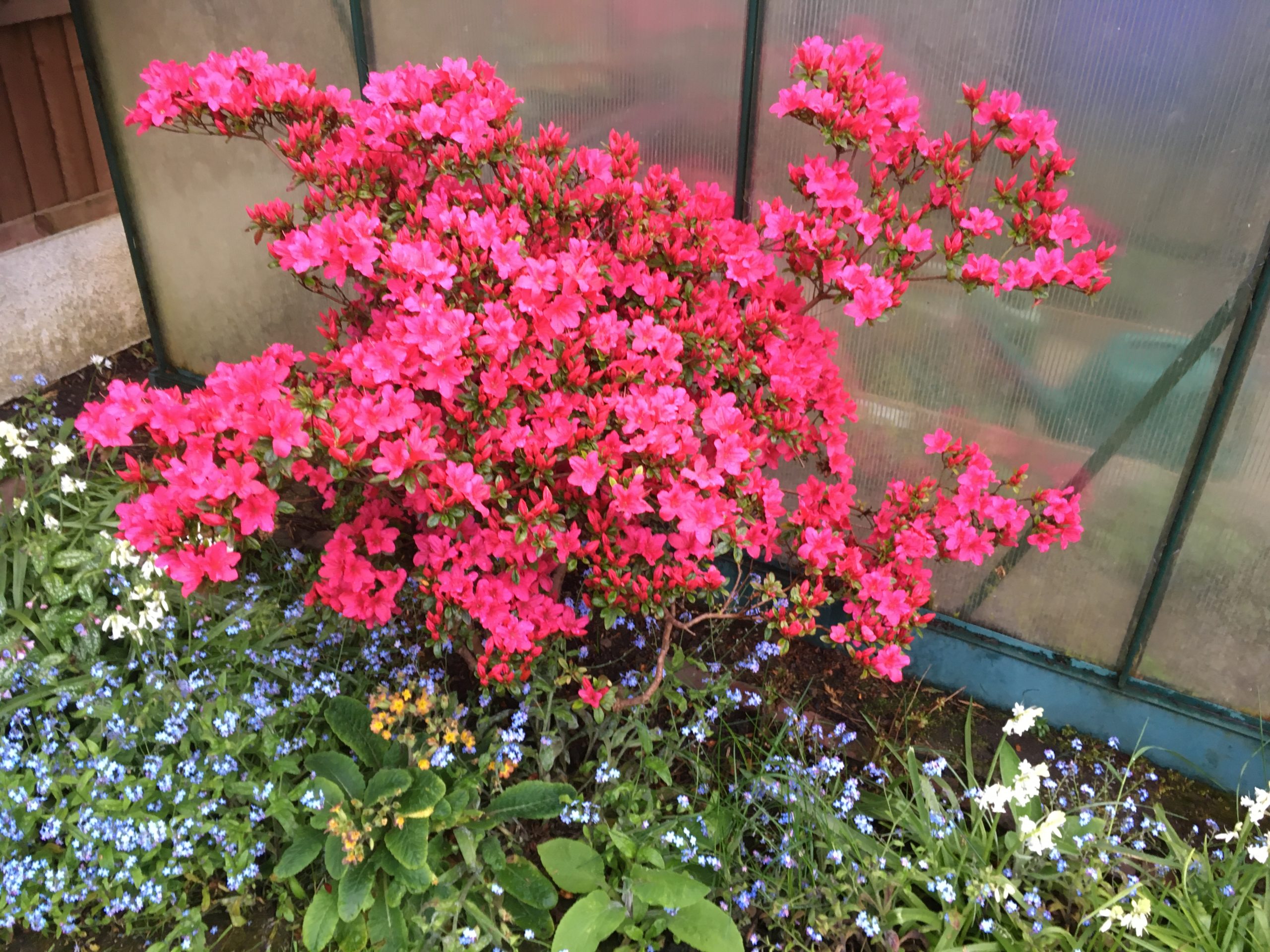 The Royal Horticultural Society (RHS) has called on people to allow flowers to grow on their lawns, instead of insisting on smooth green surfaces.

The reason is because nearly 7.5million acres of meadows and pastures rich in wildflowers have been lost since the Thirties, thus removing a vital source of food for pollinators, many of whom are now in steep decline.

The nation’s 15 million gardens could help a lot in supporting bees, butterflies and other bugs looking for nectar.

“Kiss of the sun for pardon.
Song of the birds for mirth.
You’re closer to God’s heart in a garden
Than any place on earth.”
Dorothy Frances Gurney